Politicians from the local and state level are partnering in a new way to find out what issues are most important to Pittsburgh’s black residents and how to address them.

Walton said the issues are interwoven.

Walton is one of five black elected officials who represent Pittsburgh at the city, county and state levels. The current terms of three of those five — Wheatley, Gainey and Lavelle — will expire in the next two years. 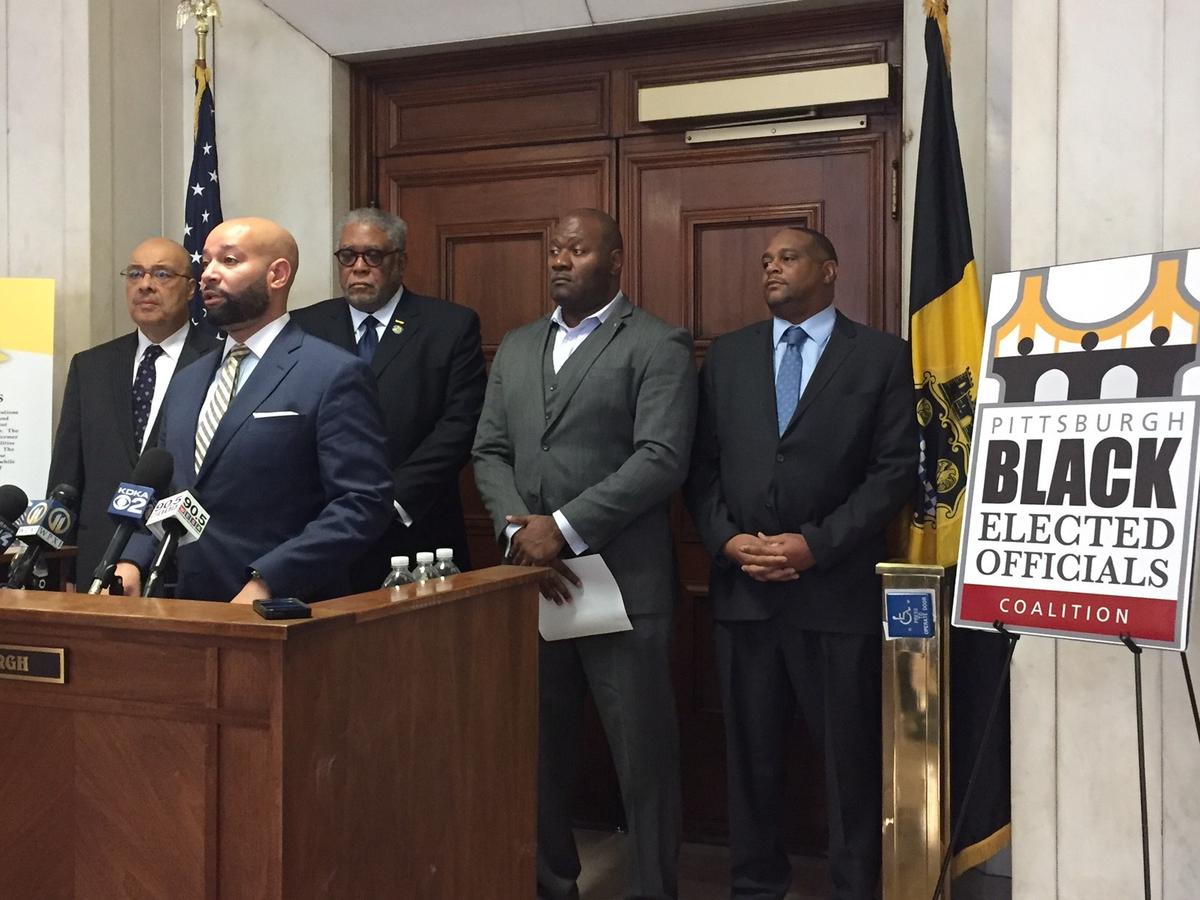 Wheatley, who represents the 19th district, which is majority black, said the group had a clear catalyst.

“I think we started to see the explosion of young black men and women being killed by police officers,” Wheatley said. “And when we started to question, why is that happening? It’s not just the criminal justice system, it’s a culture of neglect that we’ve allowed to continue. … We have to address it in a holistic approach. We have to attack all of these areas, and figure out how we can fundamentally transform how we see view and transform these vulnerable communities.”

Wheatley said this is the first time the five men have really worked together. In the past, there had been some tension and political rivalry. But he said to make an impact, you need to have functional relations at every level of government.

“Currently in the Hill District, we’re dealing with new housing developments, but many of the dollars have come from the federal government and we also received state grants,” he said. “And that only happens when you have a close relationship with those representing you on those levels, that understand the vision and your goals.”

Since there are so few black elected officials in the area, Wheatley said he feels a particularly heavy weight on his shoulders to serve his constituents.

“Leadership has no colors, no gender, no income,” he said. “But there is a different pressure being in Pittsburgh, being an African American, and being in one of these elected offices, because all around you, you see men and women and children who look like you and are dependent on you to be their eyes and ears and voice. You see them suffering on most of the social and economic indicators. You see them suffering the worst.”

From institutional racism to implicit bias, Lavelle said the members of this coalition intimately understand the challenges facing the black community.

“We know it. We’ve lived it. We’ve experienced it,” he said. “Even as policy makers, we’ve experienced it when we’ve tried to bring issues to the table that affect communities of color but don’t necessarily have the ear of all our white colleagues to understand why this is so critical. I think the difference now is when we collectively stand up and being able to have a unified voice, I think will really be able to move the needle in a way that we haven’t in the past.”

Wheatley said moving that needle will require bringing a lot of other people on board with their vision – a significant task for he and Gainey.

“For example, me and Ed are two in a body that has 253 members,” he said. “So how do you build other members along to what we’re trying to accomplish to make the transformations on a state level?”

Lavelle said on their own, the five coalition members won’t be able to make a tremendous difference on the realities of what’s impacting people. He said support needs to come from the top down, but also from the bottom up within his own district.

“It’s an interesting conversation when I have residents Downtown complaining about broken sidewalks or needing street repair,” Lavelle said. “I’ll often say to them, ‘I understand the need for this, but if you help me increase the economic situation for those who are your neighbors in the Hill District, that’ll grow the tax base, bring in additional revenues, to do some of these other things being done.’”

The coalition held community meetings across the city last year to ask residents what they want changed. Members agreed they each need to be more intentional about who they’re engaging across the community, with special emphasis on those most affected by social and economic inequities.

The nonprofit Homewood Children’s Village gathered additional data and formed the report. It contained no specific policy recommendations, but members said plans in the pipeline could include legislation; approval from city, county and state leaders; and corporate sponsorship.

Read the WESA 90.5 article and listen to the interview at: http://wesa.fm/post/coalition-calls-itself-eyes-ears-voice-pittsburgh-s-black-community#stream/0